Last month we announced the winners of the BCO Photo Berlin competition run by Art Acumen during the Annual BCO Conference. The overall winner, James Hindle of Tate Hindle received the following comments from the judges:

"A well observed shot and very balanced."
"Powerful story telling, the photographer alludes to the people behind the façade." 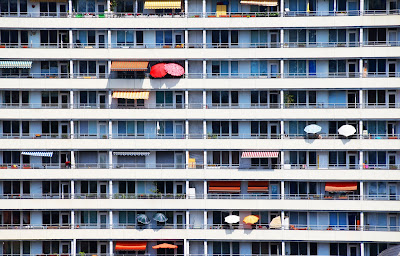 The inaugural competition awards James with a luxurious two night stay at the Ritz Carlton Berlin (where BERLIN: BE BOLD took place) and a highly sought after Stuart Redler print (examples below)

Working exclusively in black and white, Stuart Redler photographs architecture, people and animals. His eye-catching work derives from photographic excursions throughout Europe, remote villages in Africa, Asia, Greenland and more. Stuart takes photographs of iconic buildings from a unique and innovative view point. The intense contrasts of shades of black and white and his use of strong light gives his photographs a stark and unique quality. Architectural features take on abstract forms. Buildings become landscapes of pattern and texture. View Stuart's portfolio here: http://www.stuartredler.com/architecture/

Redler has received many awards, including six from the Association of Photographers, who awarded him a Gold Medal in 2000 for his portfolio of Architectural Images. He has also received Graphis, PDN New York and Communication Arts Awards, amongst others. As well as appearing in various private collections, his work is included in the permanent collection at the National Portrait Gallery in London and has been exhibited at the Victoria and Albert Museum, London. Stuart will be presenting one of his iconic photographs to James at the BCO President’s Lunch in September

The winning image for BCO Photo Berlin also came first in the 'Diversity' category, earning James a category cash prize of £150 which he has kindly donated to The Rumba Foundation: 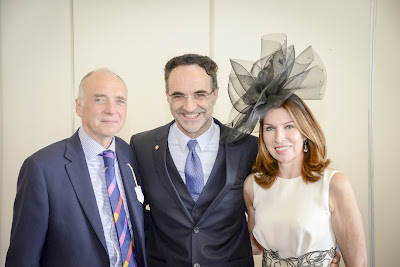 James has been a BCO member for 15+ years. The Rumba Foundation is run by his wife Fiona Hindle. Fiona had been a trustee at the University of Cambridge Veterinary School Trust and about five years ago set up The Rumba Foundation, named after their first Burmese cat.

Mrs Hindle said: "Our remit is to support clinical care for companion animals. We can guarantee that all donations go directly to the causes we support, so we make significant and immediate impact. Since we formed Rumba we have raised almost £100,000 through events using our contacts across the property and construction sector with many of them BCO members."

"One of the major projects we have funded to date has been buying a C-Arm (above) worth £60 000 which is a live x-ray machine and accompanying lead gowns for the Fitzpatrick Referrals Oncology and Soft Tissue Hospital (FROST). Through our donation this has allowed them to not charge patient owners for the use of the equipment so not only are patients benefiting from the most pioneering equipment, it also means that their animals are having treatment that the owners might otherwise not be able to afford. Most importantly, the world-class oncologists vets at FROST have monthly meetings with the oncologists doctors at the local Royal Surrey Hospital , so there is considerable crossover and learning for animals and humans. It is now the busiest C Arm in the UK and in use daily which is why we recently bought more lead-lined gowns."

James said "I think what we have achieved shows what a fantastically supportive and charitable sector we work in and many BCO members have played a large part in what Rumba has achieved."